For a myriad of reasons, many members of Toastmasters have yet to attend a District Conference, an annual event wherein members are encouraged to celebrate achievements, network with one another, and learn strategies for chapter development. The annual conference for District 56 was held last weekend, and three of our long-time members — Dawn, Joann, and Sally — all chose to attend, each for varying amounts of time. I asked them to share about their experiences to give the rest of us an idea of what to expect when we become First Timers ourselves.

Dawn: My favorite parts of a conference are the contests: Evaluation Contest and the International Speech Contest, both at the District Level. That means the contestants have won a few levels before reaching the District Level. By watching them, I learned about unique evaluation formats, what a variety of evaluators see from a single speech, and also different delivery/story techniques of speaking.

I also met folks from other clubs and learned new ways of doing things. The food was delicious, the hotel met our needs, and the bar was a functional decompression location after the conference ended each day.

Q: Many recently-inducted Toastmasters have never been to a Toastmasters conference of any kind. What sorts of things happen at a District Conference?

Joann: I was stunned by the myriad of components fit into an evening and a day at the District 56 conference, including:

Q: This year’s District Conference took place over a series of three days. That’s a lot of Toastmastery! What were some of your favorite moments or events that stood out for you?

Joann: Here are just a few moments that stood out for me:

Q. Why should members consider an event like this in the future?

Joann: District Conference provides a perfect introduction to an outside-of-the-club view of what Toastmasters is about. You’ll feel like a worm coming out of your tiny hole to view the sky. It’s worth the investment for learning, networking, satisfying one’s curiosity, and for getting encouragement with going [forward] from where you are now.

Sally: I attended my first conference in 2016. I was a new VPE and was still somewhat new to Toastmasters (less than a year), but my President was unable to attend so I attended to serve as her proxy vote at the business meeting. The whole event was an awesome experience. I had a great time on the “First Timers” treasure hunt of meeting new people. I learned a lot of interesting things in the workshops and from the keynotes. I was “wowed” by the contests. I explored the bookstore. When it was all over, I came home wiser and richer (in experiences and friends).

Later that year, I attended the next set of TLIs and saw people I knew! And at the next conference, I knew even more people – and they knew me!

This year, I attended my sixth Conference/Summit. I missed the Business meeting and workshops (due to a conflict) but was able to see both Keynote Speakers and the contests. And as usual, I was able to attend my absolute favorite event – the DTM Ceremony. I was able to sign the First Timers’ sheets, which is always fun. And this year, I have even more friends – new and old. Toastmasters is really a big family. But you won’t know until you really step outside your club into the wider world of Toastmasters. 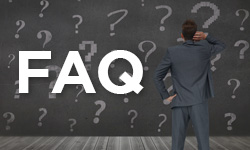 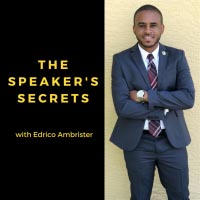 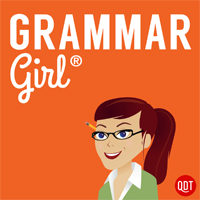